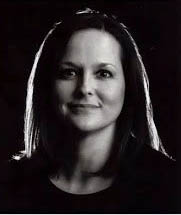 Our author interview today brings an interesting twist. Once a stand-up comedian in his own right, comedy club owner, and all-around entertainer, Marc Weingarten decided to take all of his life experiences and make the transition into novel writing. So join me in welcoming this author to the blog to discuss his writing process and the release of his debut novel Cape Comedy.

DAB: Was there a point in your life that prompted your desire to write or have you always wanted to be an author?

MW: When I was seven-years-old I had an epiphany I was supposed to write novels. Of course, you need to have some sort of foundation from which to write. I mean, at that age what was I supposed to write about? Fifty Shades of Itsy Bitsy Spider?

DAB: That would be an interesting children’s book! Where do you come up with ideas for your novels?

MW: Ideas are spiritual in nature. As a comic, I trained my mind to question behavior and retain the state of mind I had when I was a child. If you’re able to stay in question mode, ideas are gifted to you.

DAB: Do you have a character(s) in your novel with whom you closely identify?

MW: There’s a little bit of me in almost every character in the novel … even the tragic ones. I think after 31 years of living the life inside the culture of the comedy world I’d experienced all the blessings and the curses. The accumulation of characters take on traits that in the aggregate cover the entire realm of that world and the highs and lows indigenous to it.

DAB: Were there any characters you found difficult to write?

MW: None of the characters were difficult to write about. I know them all … I am them all. Even the one that speak “Spanglish.”

DAB: It must get noisy in your head at times. Do you ever have difficulty writing from the point-of-view of a member of the opposite sex?

MW: I love women. I love being in love. My preference has always been to engage women in conversation more than men. In fact, I honestly believe I know more about women than most men do. I can’t tell you how many times in my life men come to me for advice about the women in their lives. I should host my own radio show. So, no, I don’t have difficulty writing from the opposite pov.

DAB: Tell us about a typical day in your writing world.

MW: I write best in the morning. A typical day of writing for me is I like to get up early in the morning … 5:30 or so … and that’s when I do most if not all of my writing. I love the quiet. There’s no clutter from the day. My voice is always ready to rock-and-roll in the morning. It gets pissed after about 10:30. I understand how to indulge it. So I do.

DAB: What kind of research practices do you utilize for writing?

MW: In the writing of Cape Comedy very little research was necessary. I lived the life I wrote about for some 35 years. But in my second novel, AVIOLET END, I chose topics I knew nothing about (Marine biology and the Bible Code) so I had to do a massive amount of research. I actually hated the process of writing this novel because of that. But the idea itself was so compelling it forced me to write that which I didn’t know. Somehow, I managed to do it without therapy.

DAB: Writing itself can be very therapeutic. Have you ever experienced writer’s block?

DAB: The trait of any successful author – endurance! When I write, I have particular composers and music that gets me in the mood for certain scenes and characters. Have you ever written to music?

MW: No. I won’t write to music. I need quiet. However, in Cape Comedy music plays a significant role in that certain song lyrics inspire my detective. Also, I use the music of various artists to create a mood for the reader. In certain instances, I’ll stop writing and play the song for me. If it’s a haunting song, like Bonnie Raitt’s “I Can’t Make You Love Me” I’ll play it and sing to it a few times until I feel the sensuousness of the song itself. I don’t necessarily do it to inspire my writing, but more because I want to elevate my feelings.

DAB: There’s the eternal debate whether to outline or not. What is your preference?

MW: No. I can’t outline at all. I never know what I’m going to write. I allow for it to come out of me and trust my process will fill a blank page. When I finished the book it freaked me out. I couldn’t believe I’d written a novel from nothing more than an original idea … no direction … no advance ideas about characters … no outlines. I can’t write with fences or calculated direction. I’m a passenger that trusts the driver even if the driver has no clue where he’s going in the moment. I trust he’ll find the way … and, to date, he always has.

DAB: Ah, a fellow pantser. How do you handle negative feedback about your novel(s)?

MW: Great question. I’ve edited my novel from beginning to end at least 20 times. Before I ever sent it out to my first literary agent, I knew I’d opened myself up to the world of rejection. So, I embraced the mindset that criticism can make my novel better. I just needed to be able to distinguish honest, constructive critiques from jealous ones. I used the process of rejection to better my work. Over time, the rejections got better and better and better to the point where lit agents were starting to request entire manuscripts. Then, I had the upper hand and got discretionary about what was best for me as opposed to being a slave to the process. Even though I signed with a lit agent, self-publishing was a better route for me.

DAB: Well welcome to the indie world. Usually authors are also avid readers – what are you currently reading?

MW: I won’t read another novelist. Not now … not ever. I have a very strong sense of my voice from my years of doing stand-up comedy and I don’t want anyone else’s creativity to creep in. Weird, I know. But that’s me!!!

Thank you, Marc, for joining us here at the blog today and offering up your unique perspective on taking life experience and translating it to the written word. Readers, if Cape Comedy sounds like something to tickle your funny bone, you can pick up a copy on Amazon.

Author Bio:
For thirty-one years, Marc Weingarten has lived the comedy life. With a range of experience unparalleled in the industry, Marc might be the only person with a resume that includes owning a comedy landmark, writing and talent coordinating a late night network television show, producing some of the biggest live comedy events in the country, headlining major venues as a comic, writing material for other comics, and co-founding what is arguably the most prominent comedy recording label in the country. And now, with the release of his first novel, Cape Comedy, it’s not a stretch to refer to him as one of America’s true comedy pioneers.

At 26, Marc became the youngest comedy club owner in America when he and his partners bought the historic Ice House in Pasadena, California. During that time, Marc developed working relationships with some of America’s most prominent comedy stars, agents, producers and network executives. That lasted four years when he sold his interest in the club and joined legendary L.A. disc jockey Rick Dees, who asked Marc to develop and produce The Rick Dees Comedy Concerts. That association led to seven sold-out shows at such venues as the Universal Amphitheater, Pasadena Civic Auditorium, and Long Beach Terrace Theater. Such stars as Jay Leno, Howie Mandel, Brad Garrett, Ellen Degeneres, Bill Maher, Kevin Nealon, and Louie Anderson were featured in Marc’s productions. Marc went on to create the nationally reknown Sooper Bowl of Comedy, and has been a voting member of the GRAMMY’s since 1997 for producing the albums of George Lopez, Richard Jeni, Bobby Collins and Jeff Wayne.

Other comedic credits include opening for Kenny Loggins, Michael McDonald, the Little River Band, and Count Basie and his Orchestra, regular appearances on NBC’s Wacky World of Sports, and staff writer and talent coordinator for ABC’s Into The Night starring Brad Garrett.

Whether performing, writing, producing, or being on the cutting edge of discovering America’s next comic star, the dominant thread linking all these experiences is laughter. Visit his website at www.marcweingarten.com