webmaster Marc's On Something 0 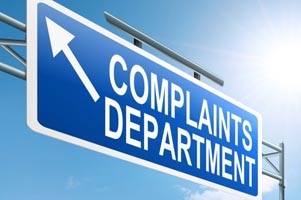 I’m so sick-and-tired of everybody complaining I thought I’d complain about it.

It started with me complaining over lunch about my hair turning grey. I told my friend, Arnie, how much it bothered me and he said, “Well, at least you have hair.” Then he started complaining about how skinny he was so I answered him in kind: “Well, at least you have skin.” Aching to be part of the conversation, his wife started complaining about her back. That meant my date could now be part of the Gripe Fest because she was in traction. When Arnie finally changed the tenor of the conversation to talk about his recent raise and promotion, I asked for the check. I couldn’t take his enthusiasm.

America needs a national “Oy Vey Day”: A three day weekend to glorify the angst in us all. To that end, I offer up April 15 as the official day of whine and woeses. I mean, it’s already the pissiest day of the year. We do it in the name of labor, independence, and some dude named St. Patrick. Why not in the name of the bitch? If America had one day where everybody moaned about anything they wanted, it would be a national catharsis. A spring cleaning of the soul. Swing lo’ sweet chariot, Old Man River is finally guaranteed his revelry in the muck.

We deserve it. Life’s not all Regis and Kelly and Michael and whoever’s next. It’s a two hour slugfest in rush hour traffic, a foreclosure here; a Columbine there. But it’s also not about how tough your life is, either. I don’t want to hear about your leaky toilet or equally leaky prostate. Except on April 15. Then you’re free to be the sniveling voice of gloom that is your nature. I’ll listen. I’ll empathize. I’ll even complain in the spirit of the day. But for the rest of the year, get out of the way of yourself.

Be thankful for your life, as miserable as you think it is. Trust that good comes from bad because it does. And just have a nice day no matter what … because it’s probably going to rain and you’re going to be late for work and you’re certain to get wet and you might even catch the flu. You’ll have plenty of time to blame God later. But for now, suck it up until the 15th.