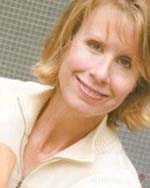 If the general public had any idea of the behind-the-scenes stories that have gone on in comedy clubs across the nation … oh, Lordy. Most comics have kept our mouths shut, only because someone else has equal dirt on us to spill. Marc Weingarten, in his debut novel, unabashedly shares some of the raw truths and appallingly funny accounts in this fictional (or, is it?), comedic setting … pulled, I’m sure, from years in the biz.